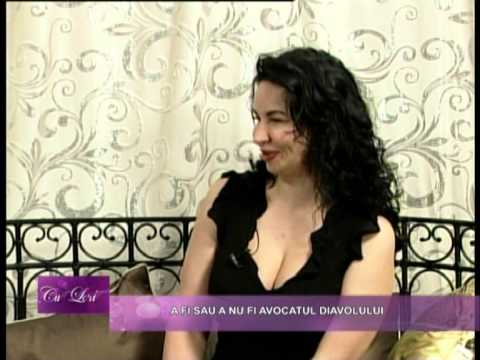 The special guest of this show is lawyer Gianina Porosnicu. She considers that a good lawyer must have a lot of wisdom, intelligence and professional education. It is such a complicated system; justice is such a visible world. Nobody must manipulate anybody; a lot of responsibility is involved. The lawyers’ world is often the men’s world as there are more men than women in the Law Bar of Iasi. She has fought a lot so as to succeed and to win in the men’s world. She says that a lawyer has to earn the confidence of the clients every day and to be loyal to them. According to Rembrandt, one must fight all the time as it is possible to meet the winners at the end of the journey. She knows very well that she is called “the devil’s lawyer” because she had difficult cases such as the one of the two students who killed somebody. She was not touched then; she knows very well what cases she accepts. She has read in the newspapers articles where she was criticized or praised for the cases that she accepted. She considers herself a professional and she does her job according to the juridical rules. She works only with the clients’ instruments and she cannot force them to tell her the truth. The client’s testimony is important just like the approach. It is very difficult to defend a person who harmed to another person. It is a technique that has to be elaborated very carefully. It is important to find favorable arguments that can convince the judge who must evaluate them and then make the right decision. Unfortunately there are judicial errors because of which the defendants may avoid the arrest. Behind the lawyer’s success there is a lot of work and juridical thinking. This job requires education, culture and seriousness. Lawyers must be versatile and use all kinds of instruments and methods. She has seen different people in her job and she has heard terrifying stories. She considers that she has seen enough: murders, rapes, robberies and conflicts between friends. She is absolutely convinced that she could not defend a person who harms a child.